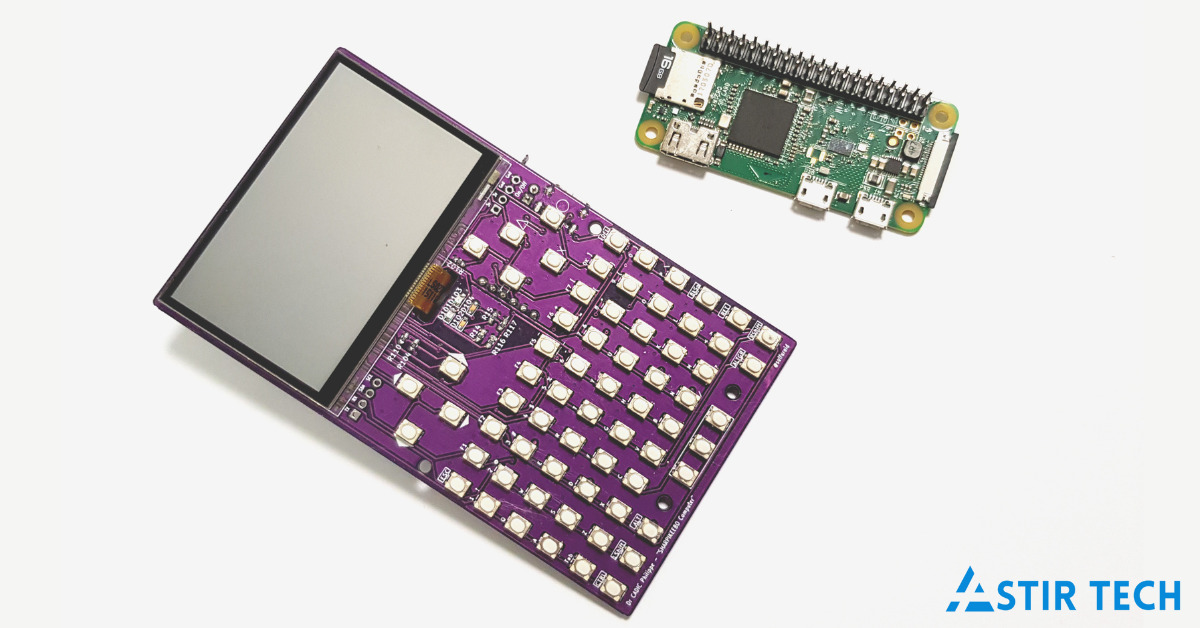 ShaRPiKeebo is probably the smallest handheld Linux computer in the world with a qwerty keyboard. Powered by a Raspberry Pi (RPi) Zero 2W it features a monochrome display along with a full-fledged QWERTY keyboard.

Recently launched on the crowdfunding website Crowdsupply, let’s see what ShaRPiKeebo has to offer.

A Linux Computer in the Palm of your Hand!

Technically a smartphone is a computer in the palm of your hands but it doesn’t really do what a real Linux computer can. And it isn’t nerdy enough for us ;p

“Who hasn’t dreamed of a computer the size of a calculator they could use to play games or carry out system-administration tasks when they’re on the go?  Who doesn’t want a way to keep busy or stay entertained on a bus or a train or a subway? (A way that does not require balancing expensive hardware on their lap while repeatedly elbowing their neighbours…) Who wouldn’t enjoy leaving their bag or backpack at home more often? Scenarios like this speak to us, here at Morpheans, so we decided to make them a reality.”

Here is a list of things this mini-computer has to offer.

Thanks to its Raspberry Pi, ShaRPiKeebo is fully compatible with all major programming languages and command-line Linux tools. That means you can take advantage of (and contribute to!) the work of a huge community of developers from all over the world. The RPi opensource ecosystem gives the user a vast sea of libraries to use in projects.

Here is a list of things you can do with ShaRPiKeebo:

Where to get one from?

ShaRPiKeebo is a great tool for makers, hackers and enthusiasts alike but where to find one?
Currently, up for crowdfunding with a goal of $45,000, 50% of which is already completed. You can get your own ShaRPiKeebo handheld Linux computer by pledging $150 to the campaign.